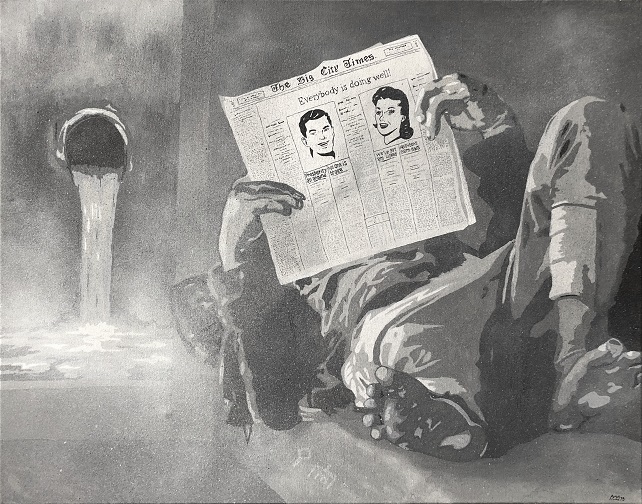 The Word of T-Bone Slim

T-Bone Slim (Matti Huhta, 1882-1942) was a Finnish-American poet, songwriter, columnist and a labor activist. He lived the hobo-life and wrote for IWW-union publications such as Industrial Worker and the Finnish-American Industrialisti. He wrote columns and songs, which have been later recorded by f.ex. Pete Seeger. Noam Chomsky has been quoted saying that Slim was one of his favorite wobbly-singers. Mid 20th century American surrealists and situationalists were influenced by him. Slim’s columns were obviously thought provoking but also written in a linguistically interesting manner. He used language in a creative modern way, using absurd humor, and left a lot of room for the reader to interpret. He has been credited as one of the most inspiring working class writers. Slim was also ahead of his time when it comes to women’s rights and racial equality. So, why isn’t this boxcar-riding verbal alchemist more well known?

Franklin Rosemont: ‘T-Bone Slim won for himself a total exclusion from academic histories and textbooks of American literature, a distinction legions of lesser writers, before or since, have found it nearly impossible to obtain’ (Rosemont 1992 p.7)

Good question. Antti Männynväli thinks that should change. While reading T-Bone Slim’s texts, Männynväli was inspired to create a series of paintings that reference the atmosphere and metaphors of the columns. Slim might be making a revival though, as musician John Westmoreland is recording an album based on his songs and writings. There is also a documentary being made and academic Owen Clayton is publishing a collected edition of his writings.

In this exhibition, next to Männynväli’s art, there will be the column by T-Bone Slim which the art is referencing to.

The pieces are thematically coherent but the techniques and materials vary from spray paint to ink markers and acrylics to oil colors. Stylistically there are references to surrealism and lettrism but the main body of work could be called post-modern street art.

Männynväli has the degree of Master of Arts. His work has been shown in various exhibitions and projects since the nineties.

”Wherever you find injustice, the proper form of politeness is attack.” -T-Bone Slim