Felix Bardy: ALL FALLS DOWN 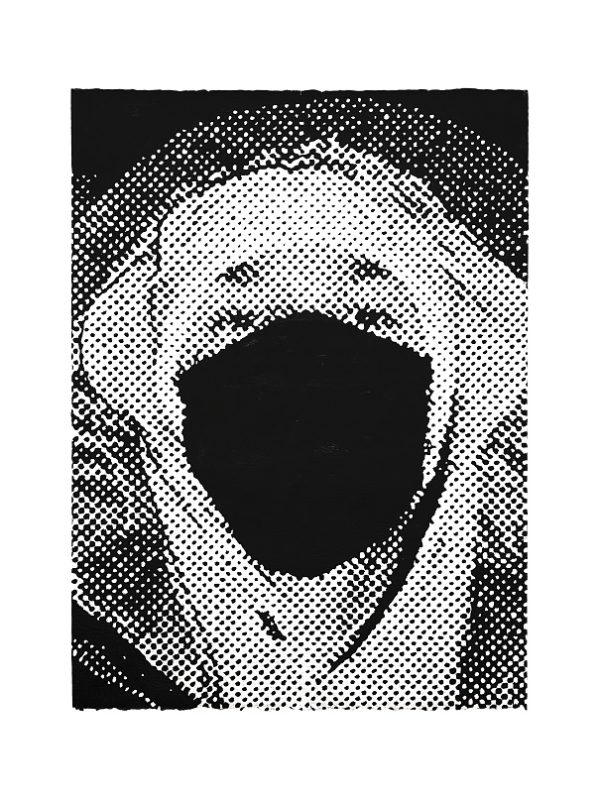 Felix Bardy is a visual artist who lives and works in Helsinki. He’s a second year stundent in Art School MAA. Bardy’s work has been exhibited in Generation 2017 -exhibition in Amos Anderson and Jyväskylä art museums and Serving the People’s online exhibition Group Show 2.
”I make images of a world, where means of consumption has become a measure for quality of life. We base our identities on our belongings. I do this myself too.
Hedonism is only human, but is it natural when it is putting the rest of nature at risk? I want to capture our time and find answers to our contradictory ways of living and my own feelings of guilt.”
ALL FALLS DOWN is a selection of Bardy’s pieces that are called Slow Prints. They’re almost abstract halftone paintings, based on photographs taken by the artist himself. Halftones have usually been used in mass-produced imagery like newspapers, t-shirts and comics. Bardy paints them with oil paint, dot by dot from top to bottom – like a printer. ”Printing” one Slow Print takes roughly eight hours.
As a techinque “Slow Print” forces the viewer to watch the works from afar. When looked closely, the pieces only seem to be a set of dots and the subject matter is left unclear. Maybe we should look at our ways of living and habits in the same way and leave space for thought”, Bardy adds.