Born and raised 1969 in Düsseldorf Germany

Started Writing Graffiti in 1984. Fume is one of the main influencing Writers from the early nineties if it come to individual Style and trainbombing in the so called “golden era”. Since the late eighties he is active as a legal muralist and since the early nineties he had many invitations all over Europe to paint live.

Published many texts concerning this specific medium in books like “Hall of fame“, “Graffitikalender” “Writing” and in the magazines “Down by Law“, “Blond” and “Backspin“. One of his most well known quotes remains to be : “Graffiti keeps you better alive in times without sex, than sex in times without graffiti!”

Fume started alternative street art in Düsseldorf with stickers, stencils, posters and painted tramseats etc. From his beginning until now, fume is nonstop active within the illegal graffiti scene. Nonstop means in his terms, that his longest break ever was two months due to the fact he had a desease which made it impossible for him to paint within that short period. He left his mark all over the world and his illegal works have been shown in all important publications about the graffiti scene in Europe. His own remarkable and unique tag, throw-up and piecestyle made him unable to be overlooked within the culture. From the early days on he always had an interest in abstract forms, which made his step towards total abstraction as logical as that. Always humble and looking for new fields and spots to be creative he makes his very own way towards any colourful result he has in his mind. 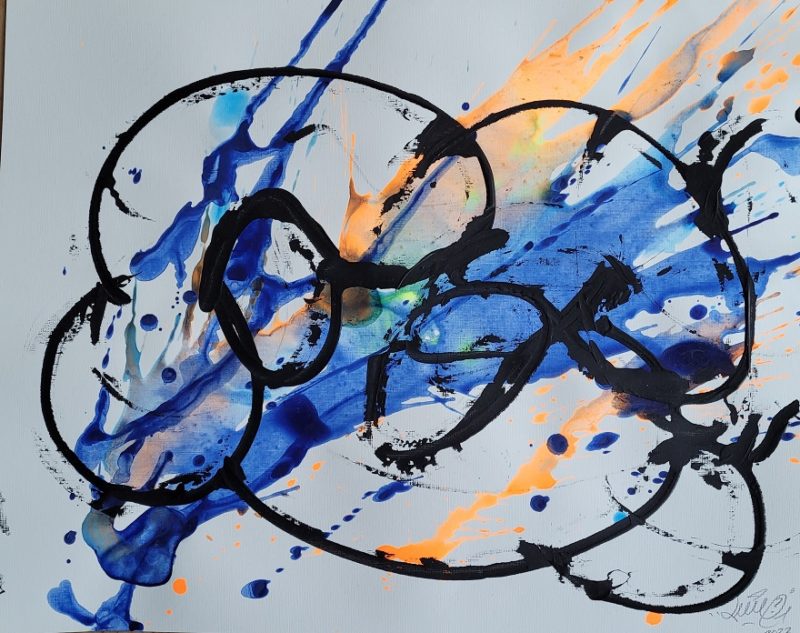